Wednesdays with the Saints 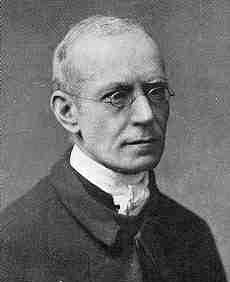 Wednesdays with the Saints

Daily prayers are said on a regular schedule at Saint James. On Wednesday evenings, we invite you to explore and celebrate the inspiring lives of the saints at our Evening Prayer service. Join us each week as we remember some of the people who shaped the Church through the centuries using readings, scripture, prayers and music! We use liturgy from Common Worship: Daily Prayer and the commemorations are from Lesser Feasts and Fasts, 2018. Some light incense is used on occasion. Bring a friend!

This Wednesday, we celebrate the lives of Richard Meux Benson and Charles Gore and their role in the revival of Anglican monasticism in the nineteenth century.

Richard Meux Benson, the principal founder of the Society of Saint John the Evangelist, was born on July 6, 1824, in London. As a student at Christ Church, Oxford, he came under the influence of Edward Bouverie Pusey, who became his spiritual mentor and lifelong friend.

In 1849 Benson was ordained a priest and became rector of Cowley, a village neighboring Oxford. In 1866, together with two other priests, he founded the Society of Saint John the Evangelist (SSJE), “a small body to realize and intensify the gifts and energies belonging to the
whole Church.” SSJE became the first stable religious community for men in the Anglican Church since the Reformation, styled as a missionary order patterned on St. Vincent de Paul’s Company of Mission Priests. A branch house was established in Boston in 1870. In 1874 work began in Bombay, and later Poona. By 1880 SSJE had opened a mission house in Cape Town, South Africa, and in 1903 in the Transkei. Benson wrote the original SSJE Rule and served as Superior until 1890.

Charles Gore was born in 1853 in Wimbledon and educated mainly at Oxford. He was ordained in 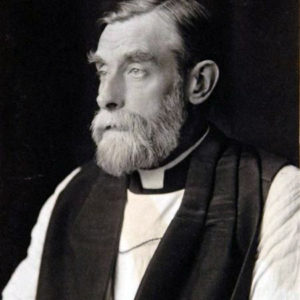 1876 and served in positions at Cuddeston and Pusey House, Oxford, both of which were focused upon theological education and the formation of clergy. While at Pusey House, Gore founded the Community of the Resurrection, a community for men that sought to combine the rich traditions of the religious life with a lively concern for the demands of ministry in the modern world.

Gore, a prolific writer, was a principal progenitor of liberal Anglo-Catholicism in late nineteenth and early twentieth century Anglicanism. He was concerned to make available to the church the critical scholarship of the age, particularly with respect to the Bible. A second but no less important concern was to prick the conscience of the church and plead for its engagement in the work of social justice for all. Between 1902 and 1919, Gore served successively as bishop of the dioceses of Worcester, Birmingham, and Oxford.