A Retreat with Grace Song

Experience what Buddhism teaches Christians about wisdom and compassion 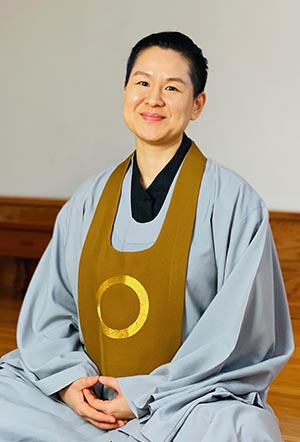 This workshop is for people anchored in a Christian contemplative tradition who want to explore the insights that Buddhism offers for inner and outer peace building. Specifically, participants will explore the concepts of Wisdom and Compassion through teachings, practices and discussion.

All sessions will be recorded and available after the retreat. Have questions?

Bundle your ticket purchase when you purchase more than one activity. Save 10% on any two events or save 20% on all three. (Discounts apply to Walters Museum trip, Grace Song retreat and six-week Mercy Seminar only.) 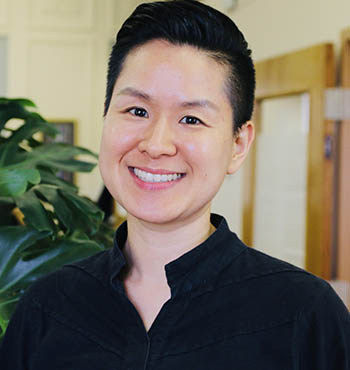 Reverend Grace Song
Grace Song is an ordained Won Buddhist Kyomunim, meditation teacher, and interfaith dialogue advocate. She's the Won Buddhist Studies Department Chair at Won Institute of Graduate Studies and Buddhist Chaplain at the University of Pennsylvania. Grace was appointed to the Philadelphia Mayor's Commission on Faith-Based and Interfaith Affairs in 2020, and recently joined Won Buddhism to the United Nations Office's Steering Committee. Additionally, she serves on the board of directors of Presence Collective, a community committed to personal transformation, social justice, and collective liberation.

Grace holds a Ph.D. in Won Buddhist Studies from Wonkwang University, an MA in East Asian Philosophy from Seoul National University, and a BA in Religious Studies from the University of Toronto. She leads monthly meditation sessions for The Institute of Korean Studies at Penn State University and meditation retreats at the Won Dharma Center, Claverack NY. She is committed to embodying the truth of interconnection and invests her time putting into practice her belief that renewing society starts with renewing our inner lives. 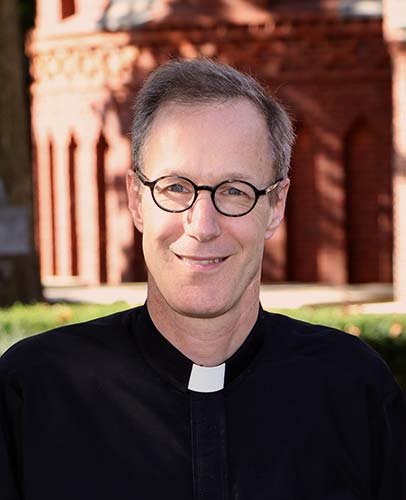 The Rev. David W. Peck is the twenty-third rector of Saint James. Prior to his arrival in 2008 from the United Kingdom, he served the Archbishop of Canterbury, Rowan Williams, at Lambeth Palace as his Secretary for International Development. In this role he focused on building partnerships with church leaders, UN agencies and international non-governmental organizations in order to provide food and education in post-conflict zones in sub-Saharan Africa.

David’s prior peace building and reconciliation work led him to study in Jerusalem in 2013. There he began a new focus on how the rich theology of mercy could help Jews, Christians and Muslims explore their own and each other’s texts and traditions more deeply. His work in Africa and the Middle East and his completion of a 30-day Ignatian silent retreat at the Jesuit Center in Wernersville, PA drew him more deeply into the practice of contemplative prayer. Since then he has taught meditation in school, hospital, hospice and prison settings. He lives with his wife Dr. Cordelia Moyse, a church historian, and their daughter. 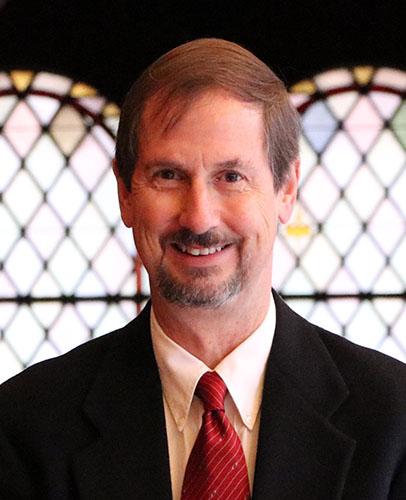 Professor Randall Zachman
Randall Zachman is Professor Emeritus of Reformation Studies at the University of Notre Dame, where he taught undergraduate and graduate courses in theology for twenty-six years, and is currently an adjunct instructor in theology at Lancaster Theological Seminary. A lifelong Episcopalian, Randall received his undergraduate degree in religion at Colgate University, his Master of Divinity at Yale Divinity School, and his PhD at the University of Chicago Divinity School. He is the author and editor of several books on Martin Luther and John Calvin, and has also published articles and chapters on the theology of Søren Kierkegaard and Karl Barth. He has spent his career teaching the history of Christian theology, including seminars on the Old and New Testaments.

The Urban Well is a registered trademark of Saint James Episcopal Church.