The Cure for Sorrow: A conversation with Jan Richardson on grief, loss and stubborn hope 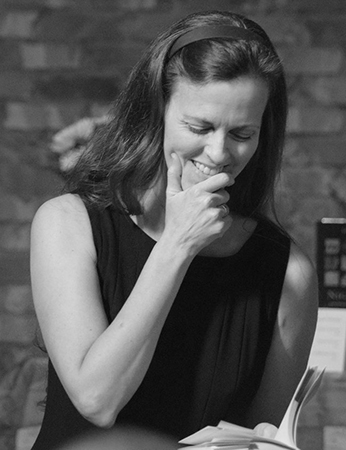 Grief is not often an emotion we choose. We can try to bury it, but we know how grief can haunt us personally and culturally. Yet mystics speak of holy dying. Perhaps there is such a thing also as holy grieving that we can learn.

As one well acquainted with grief following the sudden death of her husband, Jan Richardson writes with poetic grace about her loss. She says that grieving “works with the most raw and elemental forces in us” and that it “propels us in directions we had not planned to go.” She writes that grief helps us “recognize our shared fragility and calls forth our natural resilience.” She also says, “Grief is the least linear thing I know.”

Jan will share from her books The Cure for Sorrow and Sparrow: A Book of Life and Death and Life as part of an invitation into a conversation about grief and hope. This grief might be from the loss of a loved one, the loss of landscapes due to climate change or the grief of resurrections that we are stuck with—lives after a death that may never be recovered but can become whole as we enter into the strange graces that grief brings.

All times are Eastern Daylight Time

All sessions will be recorded and available after the retreat.

Jan is an artist, writer and ordained minister in the United Methodist Church. She serves as director of The Wellspring Studio, LLC, and has traveled widely as a retreat leader and conference speaker. With work described by the Chicago Tribune as “breathtaking,” she has attracted an international audience drawn to the spaces of welcome, imagination, and solace that she creates in both word and image. Jan’s books include The Cure for Sorrow, Night Visions, In the Sanctuary of Women, and the recently released Sparrow: A Book of Life and Death and Life.

A native Floridian several generations over, Jan grew up in Evinston, a small community near the university town of Gainesville. The rural landscape, community traditions, and lifelong relationships fostered a rich sense of place, imagination, and ritual that continue to shape Jan's life and infuse her work.

Jan makes her home in Florida. She often collaborated with her husband, the singer/songwriter Garrison Doles, until his sudden death in December 2013.

The Urban Well is a registered trademark of Saint James Episcopal Church.