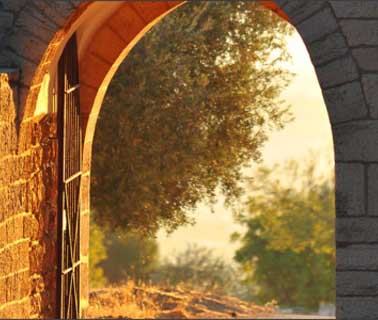 The Mercy Seminar is an opportunity for those who are seeking to deepen their understanding of God‘s mercy and peace in the world from an interfaith perspective. Comprised of three terms (six-sessions each), participants will have the rare opportunity—in November 2020—to participate in a contextual and optional learning project at Tantur Ecumenical Institute in Jerusalem.

The Mercy Seminar begins by seeking to understand the relationship of Jesus Christ to the history of Israel. We will examine brief passages of Hebrew Scripture so that we gain a better understanding of the way Israelites in the time of Jesus would have understood his ministry.

We will read short passages from Matthew and Galatians. No prior reading is required as each session begins with lectio divina (a contemplative practice of reading scripture) followed by a brief lecture, individual reading and reflection and lastly, group discussion.

The overall theme for the 2020 seminar is Jesus in light of ancient and contemporary Israel and Judaism. The themes for the three terms are:

Term 1: Jesus in the light of ancient Israel and Jewish faith

Thursday Evenings, February 27 – April 2, 2020
7 – 8:30 PM in the Saint James Chapel
Cost: $75 for 6-week term
We begin the Mercy Seminar seeking to understand the relationship of Jesus Christ to the history of Israel. We will examine the covenants made with Abraham, Moses and David and proceed through the return of the Israelites from exile in Babylon so that we gain a better understanding of the way Israelites of the Second Temple period would have responded to the preaching of Jesus and Paul.

Term 2
The Cost of Anti-Judaism: What Christianity Lost

As in Term 1, the readings for each week will be six-page selections from primary sources. No prior knowledge is assumed, and it is not necessary to have taken Term 1 to participate in Term 2.

Week 1: The Jewish Community in Judea and Galilee at the time of Jesus and the Apostles, focusing on the central role of the Law of Moses in Jewish life, and on the events leading up to the destruction of the Second Temple in Jerusalem, drawing from the writings of the Jewish historian Josephus.
1st Reading: April 23
Reading 1.a
Opening Comments II.1a

We then turn to the development of three basic forms of Christian anti-Judaism in the Christian tradition, in response to the perceived rejection of the preaching of the apostles in the Jewish community, beginning with the sources in the New Testament used to develop these traditions.
2nd Reading: April 30
Opening Comments II.2a

Week 4: The Jews as the Supreme Example of Divine Punishment, with particular attention to short selections from Justin Martyr, Tertullian, Aphrahat and Chrysostom.
4th Reading: May 14
Opening Comments II.4 a*

Week 5: The Jews as Uniquely Rejected and Abandoned by God, with particular attention to short selections from Irenaeus of Lyons, Origen of Alexandria, Martin Luther, John Calvin and Jonathan Edwards.
5th Reading: May 21
Opening Comments II.5a

Week 6: The Jews as Unimpeachable Witnesses to Jesus Christ, focusing on short selections from Augustine of Hippo, Bernard of Clairvaux, Blaise Pascal and Karl Barth. This tradition proves to be quite important in the middle of the twentieth century, because it provides the theological opening for Christians seeking reconciliation and dialogue with the Jews after the Holocaust and the founding of the state of Israel.

The subject matter covered in this term will be emotionally difficult to confront, but it is essential to come to terms with the phenomenon of Christian anti-Judaism in order fully to appreciate the development of Christian-Jewish reconciliation and dialogue, which will be the theme of Term 3 of the Mercy Seminar.
6th Reading: May 28
Opening Comments II.6a

In this session, we will study the various ways different Christian traditions have sought reconciliation with the Jewish people in light of the momentous events of the Holocaust and the founding of the State of Israel, in order to come to an appreciation of the nature and benefits of Jewish-Christian dialogue.

October 31 – November 6, 2020
Pricing available later in 2020
The Mercy Seminar concludes with an optional week-long trip to the Tantur Ecumenical Institute. Situated at a beautiful location on a hill in Jerusalem, it serves as a welcoming place in the Holy Land for visitors who come from all over the world to stay at this oasis of learning, community and hospitality.

While at Tantur, we will study documents from the Jewish tradition that inform and enlighten Christians about our Jewish neighbors, with some sessions led by Jewish scholars. We will also visit sites in Israel that are central to Jewish life and identity, in order to come to see our Christian faith from various Jewish perspectives. 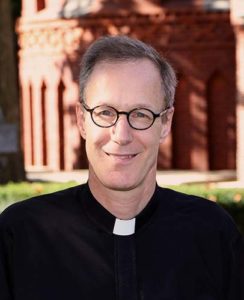 Father David Peck
The Rev. David W. Peck is the twenty-third rector of Saint James. Prior to his arrival in 2008 from the United Kingdom, he served the Archbishop of Canterbury, Rowan Williams, at Lambeth Palace as his Secretary for International Development. In this role he focused on building partnerships with church leaders, UN agencies and international non-governmental organizations in order to provide food and education in post-conflict zones in sub-Saharan Africa.

His work in Africa and the Middle East and his completion of a 30-day Ignatian silent retreat at the Jesuit Center in Wernersville, PA drew him more deeply into the practice of contemplative prayer. Since then he has taught meditation in school, hospital, hospice and prison settings. He lives with his wife Dr. Cordelia Moyse, a church historian, and their daughter. 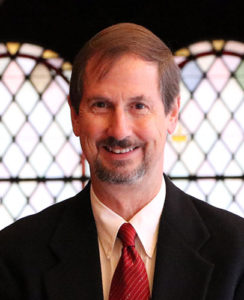 Prof. Randall Zachman
Randall Zachman is Professor Emeritus of Reformation Studies at the University of Notre Dame, where he taught undergraduate and graduate courses in theology for twenty-six years, and is currently an adjunct instructor in theology at Lancaster Theological Seminary. He is a lifelong Episcopalian. Randall received his undergraduate degree in religion at Colgate University, his Master of Divinity at Yale Divinity School, and his PhD at the University of Chicago Divinity School. He is the author and editor of several books on Martin Luther and John Calvin, and has also published articles and chapters on the theology of Søren Kierkegaard and Karl Barth. He has spent his career teaching the history of Christian theology, including seminars on the Old and New Testaments.