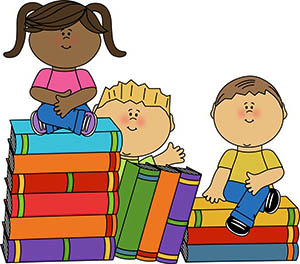 In addition to school supplies, teachers have asked for our notes of encouragement for their students. We’ll supply index cards, markers and crayons. Feel free to drop by the narthex (inside by the cloister fountain) and let your inner encourager be heard!

Click here to give a monetary gift to Ollie’s Closet.

“I wanted to reach out and send a special thank you to you and your congregation who provided our school with so many donations this year. With part of the money that you donated to us we were able to get 20 students winter coats, over 30 shoes in various sizes, as well as more uniforms for our students and we still have some left over to be able to provide more resources to families when a need arises.

The work that you and your church as done for our school is amazing and we truly appreciate everything you have done over the years for us.Amanda Fontaine LSW, MSW Student and Family Resource Specialist 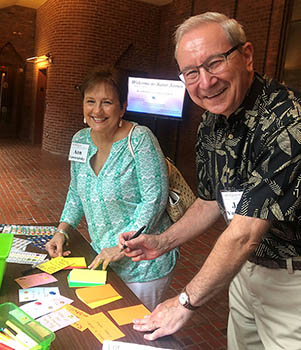 The teachers at Carter and MacRae would love to include our notes of encouragement for their students. Everybody loves an encouraging word when they accomplish even the smallest of tasks or learn something new. So grab your crayons, colored markers, index cards and stickers and get your praise game going for the students! You are terrific!!!

Ollie’s Closet is named after Ollie Jones, a former principal at Carter and MacRae Elementary. In her tenure, she developed a reputation for having an endless supply of school supplies in her office closet. If a student needed a uniform, backpack, notebook, crayons, or pencils, Principal Ollie had them in her closet. Word soon began to spread as more and more students sought help from Ollie’s closet. 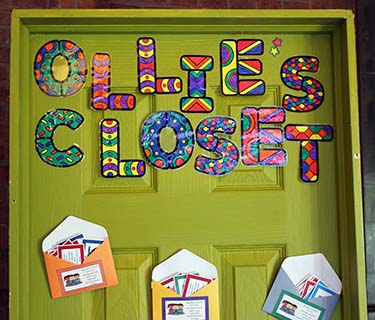 In 2011, Saint James held its first Ollie’s Closet campaign, and since then, thousands of school supplies, ranging from uniforms to pencils, have been stashed in Ollie’s Closet ready to be given or lent to students in need. Donated items now range from school uniforms to body wash, tooth brushes, and hand sanitizer. In the 2017-2018 school year, notes of encouragement were added as a way for teachers to give their students praise and support. These little morale boosters are created by parishioners each fall for use throughout the upcoming school year.

The Ollies’s Closet campaign begins in August and concludes on the first weekend in September. Anyone wanting to help is encouraged to stop by the display in the Narthex and take a card from an envelope. It tells you what to buy, and on the back, it tells you where it can be purchased. Items can brought to church prior to a service, or they can be dropped off at the church office during the week. Financial donations are also accepted. 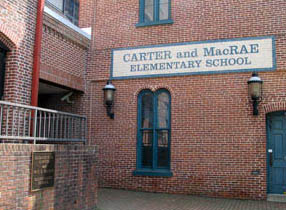 About Carter and MacRae Elementary School

Located on South Prince Street across from the Water Street Mission, Carter and MacRae has over 550 students in grades K4 through 5th grade. The homeless rate is 10%—the highest homeless population of the School District of Lancaster’s 12 elementary schools—and 91% of the school’s families live below the federal poverty rate. The assistance provided by our volunteers helps to shore up support that often cannot be provided at home due to language deficiencies, second-shift jobs, and/or incarceration.

Volunteers are needed in the narthex during Ollie’s Closet collection Sundays for the 8:30 & 10:30 AM Masses. The drive begins August 22nd and concludes on September 12th.

Volunteers are needed at the closet door for the upcoming supply drive!

Volunteers are needed at the closet door in the narthex to help during collection weekends for the Saturday 5 PM Mass, Sunday 8:30 AM Mass and the 10:30 Mass. The drive begins August 3 & 4, and continues through August 24 & 25. If you’d like to help, click here.