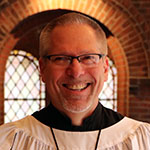 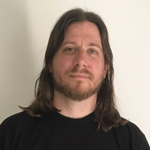 Chris Keeney, Director of Contemporary Music and Worship Technology
Chris has nearly twenty years of experience as a professional guitarist, music director and recording engineer. In demand as both a performer and teacher, he is currently the lead guitarist at the Fulton Theater, as well as the head of guitar studies at both Franklin & Marshall College and  Lancaster Bible Colleges. Previously, he taught the guitar and recording programs at Albright College, band directed for a number of different churches and has performed for American Music Theater, Prima and many other theater companies, in addition to playing with various bands and artists both regionally and nationally. Chris is also a mixing and mastering engineer, working with various regional recording studios as both an engineer and musician. He currently serves as the Director of Worship and Technology at Saint James. Email Chris 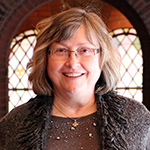 Karen King, Parish Secretary
Karen has worked at Saint James since 2005 and helps the whole parish and staff team keep all the administrative plates spinning from a ministry of welcome and communication to producing with a volunteer team all of our service bulletins. She has an Associate Degree in Specialized Business from the Executive Secretarial program at Central Pennsylvania College. She is an active member of Holy Trinity Lutheran Church, as well as being active at Saint James. She enjoys various crafts, including crochet and knitting. She resides in West Lampeter Township with her husband, Russ, one Jack Russell Terrier Dixie and two cats—Blacky & Stella. Email Karen 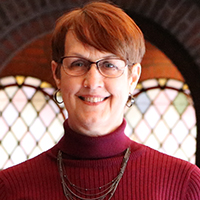 Nancy brings over 15 years’ experience in website design & development and content creation & population to her role as webmaster for Saint James. She graduated from Clarion University with a bachelor of arts and also holds a certificate in marketing from eCornell. In addition, she attained her internet marketing certification from Hubspot with an emphasis in content marketing, search engine optimization and end-user experience. Nancy also has over eight years experience as an arts administrator and events coordinator. An avid photographer, graphic designer and FAA certified remote drone pilot, she loves using her skills to educate, encourage and help people and organizations tell their story. In her spare time, Nancy loves to cycle, garden and go on long hikes with her husband John and their adorable Shi Tzu, Grace Note. Email Nancy 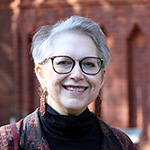 Nicolette Norris, Minister of Giving and Communications
Nicolette has been a member of Saint James since 1997 and joined the staff in 2015. In her role, she works to keep Saint James highly visible via a broad communications platform of electronic and print communications, internet marketing, digital storytelling, media placement, print and online advertising and the expansion of our social media presence. She also directs all aspects of financial stewardship, from annual and planned giving to fundraising for special projects and capital campaigns. She is currently serving the Episcopal Diocese of Central Pennsylvania as a member of the bishop's standing committee and has been elected as a deputy to General Convention in 2022. A graduate of the University of Virginia, she has held key marketing, fundraising and management roles in the arts and education. Nicolette is a lifelong Episcopalian and church musician. She is married to Brad and the mother of 4 adult children. In her spare time, she plays the piano and flute, enjoys studying foreign languages and researching the history of Saint James. Email Nicolette 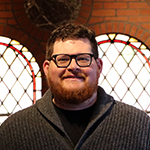 Joe began his role supporting children, youth, and family ministries at Saint James in September 2022 and has attended Saint James since 2018. In addition to his role at Saint James, he serves as the Director for Faith and Meaning where he supports religious and spiritual life at Franklin and Marshall College. He earned his bachelors, masters, and doctoral degrees from the University of Delaware. His doctoral work at Delaware focused on interfaith engagement in higher education and the religious and spiritual development of college students. He has served as an adjunct faculty member at Lancaster Theological Seminary. Joe also earned a certificate in Spiritual Direction from Kairos School of Spiritual Formation at the Parish Resource Center in Lancaster, PA. He is currently pursuing ordination to the Priesthood and is a Postulant for Holy Orders in the Episcopal Diocese of Central Pennsylvania. Joe lives in Lancaster with his wife, three children, and sister-in-law. 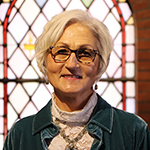 Diane has been leading the ministry in Children's Chapel since September 2021. She was trained and certified as a teacher by the Godly Play Foundation in July, 2021. She has been a member of Saint James since 2018. She received a Bachelor of Arts degree in Sociology from Bridgewater College, VA and a Certificate in Bible Studies from Lancaster Bible College. She is also educated and trained as an Interior Designer and enjoyed a career helping people decorate their homes for 15 years. Diane grew up in a Mennonite farm and business family in Lancaster County and has lived in the Lancaster area most of her life. She is mother to 4 adult children and 3 grandchildren. She is now mostly retired and enjoys playing with her grandchildren, playing pickleball with friends, running and hiking as well as operating an online ETSY shop and exploring art museums and vintage shops where ever she goes. 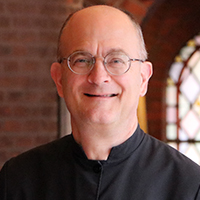 Dr. William Wright, Director of Music
Dr. William Wright performs as both conductor and keyboardist and has been heard in twenty-seven countries of the world. In addition to serving as Director of Music and Arts at Saint James Church, he is Director of Choral Music and Senior Teaching Professor at Franklin & Marshall College, and Chorusmaster for the Lancaster Symphony Orchestra. Bill is a native and long-time resident of Boston. He received a Bachelor of Arts degree from Amherst College where he received the Lincoln Lowell Russell Prize for music performance and the Edward Poole Lay Fellowship for graduate study in music. He earned a Master of Music degree in piano performance from The NewEngland Conservatory and a Doctor of Musical Arts degree in choral conducting from The University of North Carolina at Greensboro where he was awarded the Charles Hayes Fellowship.

Committed to using music for the benefit of the community, Bill has performed five benefit concerts for Tabor Community Services of Lancaster. Perhaps the most unique period of his life was the year he spent in Islamabad, Pakistan, where he taught at The International School of Islamabad, played for services at the Protestant International Church of Islamabad, and performed benefit concerts which raised significant funds for The Rawalpindi Leprosy Hospital, Saint Joseph’s Hospital in Islamabad, and the people of the Kalash Valley. Email Bill