Lancaster was established as a town in 1730, with lots set aside for government buildings and many churches. From its beginning in 1744, Saint James Church taught its parishioners to follow the gospel command to serve others in need. The church has always sought to support the city and its inhabitants, providing aid to those who are struggling. 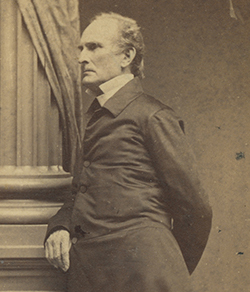 Rev. Samuel Bowman, assistant bishop of the Diocese of Philadelphia, 1858-61.

The Rev. Samuel Bowman led the church to create solutions for pressing needs facing nineteenth century America. The Orphan Asylum of Lancaster (1838) was founded with bequests from parishioners Mary Yeates Smith and her son. Built on North Duke Street where the parish house stands today, as many as 20 children resided there at a time. The Church Home (1850-1916), later named Bishop Bowman Church Home, provided a comfortable home for the sick and poor of the parish. Today, its funds are directed to caring for sick, elderly, and destitute parishioners. 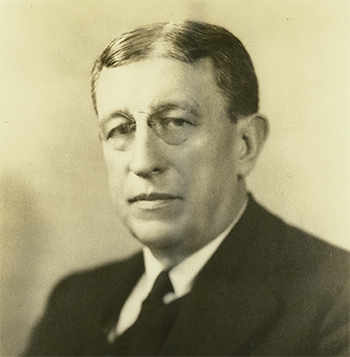 The Rev. Clifford Twombly, who led Saint James 1907-39, believed in the “social gospel.” He saw the church as influencing moral and economic behavior. His stern preaching often made him unpopular with parishioners. Outspoken in the pulpit, he was also a man of action. In 1914, he appeared before the Pennsylvania Senate in Harrisburg to urge a minimum wage for women. In 1912 he created the Lancaster Law and Order Society, which sought to uphold and improve public morality by gathering evidence of prostitution, illegal gambling, and drinking establishments as well as “corrupting” movies and publications so as to galvanize police and politicians to take action. This work continued in the 1960s under the leadership of his successor, the Rev. Robert Batchelder. 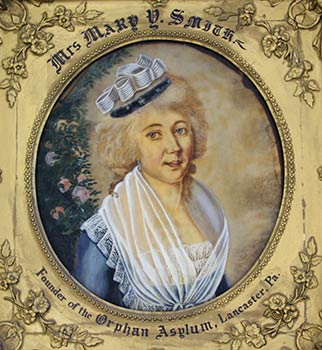 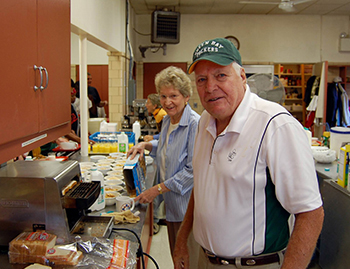 Saint James maintains its tradition of offering its time, talents, and treasure by responding to the needs of some of the most vulnerable in our community. The church founded and for 30 years sustained the Anchorage Breakfast program. Saint James continues to assist students and families at Carter and MacRae Elementary School with tutoring, school supplies, and healthy meals. Saint James also expresses its commitment to food security through the Lancaster County Food Hub.

Photo Left: Volunteers served breakfast to Anchorage guests from its inception in 1985 until 2016 when operations were moved to the First United Methodist Church of Lancaster. Collection of Saint James Church.