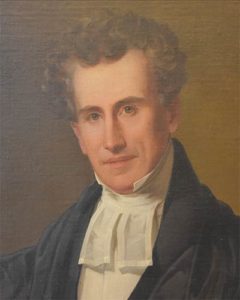 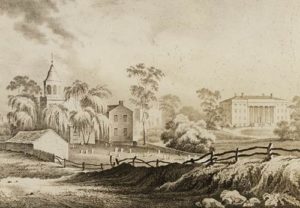 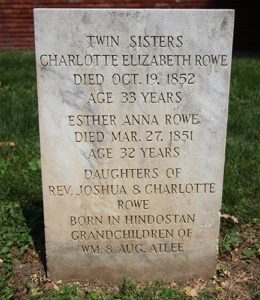 Charlotte is buried in the plot next to this gravestone marking the graves of her twin daughters in the Saint James churchyard. Courtesy of Nancy LeVasseur.