Education for a Nation 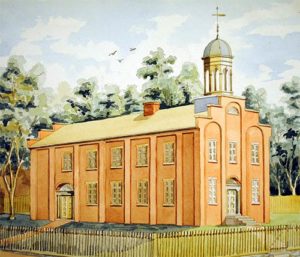 Saint James’ most significant and consistent contribution to the community is in the field of education. A common vision of good education for the individual, city, commonwealth and country has shaped public and private institutions and influenced generations of students.

From its colonial days, Saint James provided basic teaching to “children of poor persons” as well as children of enslaved people. The Rev. Thomas Barton’s enthusiasm for education ensured that a subscription library, the Juliana Library Company, was founded in 1759 (today’s Lancaster Public Library). British authorities, however, dashed Rev. Barton’s vision of a school for Native Americans, with tragic consequences that denied Lancaster a potentially better relationship with the indigenous people. 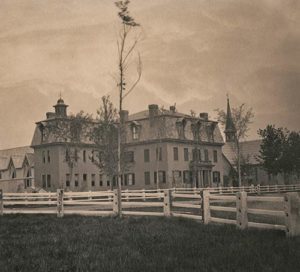 A new nation growing in size and complexity, required a more educated population. Largely due to the Rev. William Augustus Muhlenberg, rector of Saint James 1820-26, Lancaster City and incorporated boroughs of the county formed the second school district of the state in 1822 when they committed to providing public education for poor children at public expense. His pioneering work with the Church School Movement, which valued the formation of Christian character above academic excellence, also inspired a generation of teachers to build some of the most renowned private schools in the country, among them St. Paul’s (Concord, NH) and Saint James (Hagerstown, MD). Rev. Henry Augustus Coit was his pupil at St. Paul’s College, Long Island who later in life, instituted many of Muhlenberg’s educational ideas when in 1856, he became the first rector of St. Paul’s. 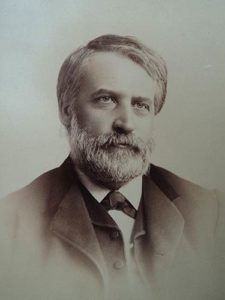 Education for a City

Other parishioners who made major contributions to education were Thomas Burrowes, who in 1857 ensured that Pennsylvania created what are now the fourteen state-owned universities; Catherine Yeates, founder of the Yeates Institute in 1857 which gave young men in Lancaster a classical education; the Rev. Samuel Bowman, who was instrumental in the creation of Franklin and Marshall College in 1853; and J.P. McCaskey, a teacher and principal of the Boys’ High School for 50 years. In 1897, Mary Martin and Ellen Brubaker established the first free kindergarten in Lancaster. Their vision of early childhood education was taken up by the Lancaster School District and lives on at Saint James today in a Head Start partnership with the Community Action Program.