Saving the Anglican Church After the American Revolution

How colonial Anglicans in Pennsylvania rescued their church from near extinction and paved the way for the Episcopal Church.

One of the most admired historians of the Episcopal Church gave the inaugural lecture of our 275th Anniversary at Lancaster History on February 10th. The Rev. Dr. Robert W. Prichard talked about the impact of the American Revolution on the colonial Anglican Church and the formation of the Episcopal Church in the new republic. Dr. Prichard is Professor Emeritus of Christianity in America at Virginia Theological Seminary. 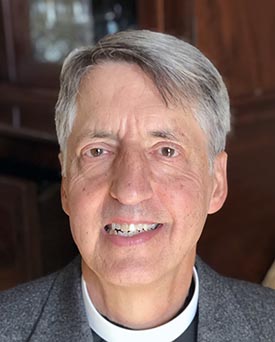 The Rev. Dr. Robert W. Prichard is the Professor Emeritus of Christianity in America at the Virginia Theological Seminary, where he taught church history, liturgy, canon law, and Spanish language ministry from 1983 to 2019. Educated at Princeton (A.B.), Berkeley at Yale (M. Div.), and Emory (Ph.D.), Bob is the author or editor of ten books, including A History of the Episcopal Church (editions in 1991, 1999 and 2014) and Issues in Prayer Book Revision, vol 1. (2018).

Bob is a former president of the Historical Society of the Episcopal Church (2010-16). He was a participant in the Anglican-Roman Catholic Dialogue in the U.S. A. (2001-07) and is currently a member of the Consultation on Common Texts.  He has been a General Convention Deputy from Virginia since 2006. Bob was the founder of the first Episcopal Spanish-language congregation in Virginia (1975) and has lectured widely in Latin America.