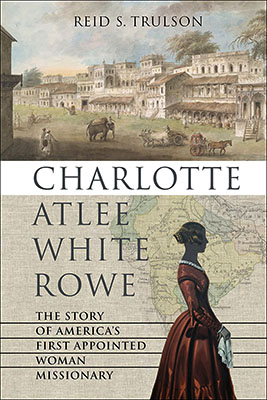 Charlotte (Atlee) was orphaned in Lancaster and later joined the Baptist Church in Massachusetts after the death of her first husband and child. Overcoming scandal and prejudice, she became an educator in India as America’s first appointed woman missionary. After a decade of service in India, she taught in Philadelphia and Alabama before moving to Strasburg, eight miles from her childhood home. There she restarted the Strasburg Female Seminary as its new principal. Charlotte Rowe died in 1863 and lies buried beside her twin daughters in Saint James' churchyard.

Dr. Trulson’s account of Charlotte Rowe’s life and ministry, based on research in India, England and the United States, invites examination of gender bias in religious life today. 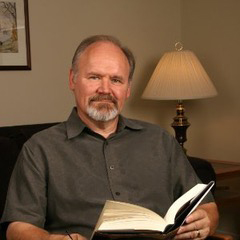 The Rev. Dr. Reid Trulson is the retired executive director/CEO of International Ministries. He previously served in Austria and the Czech Republic as the American Baptist representative to Europe, area director for Europe and the Middle East, Scripture Union regional secretary in Ghana, and as a pastor in California and Wisconsin.