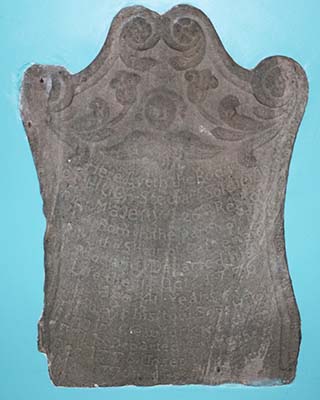 British prisoners are buried in unmarked graves in churchyard

During the Revolutionary War, some of the British prisoners, quartered in Lancaster, died and were buried in the churchyard. Only Hugh Stewart had a headstone, and this can be seen in the wall in the corridor along the chapel. Click image to enlarge.