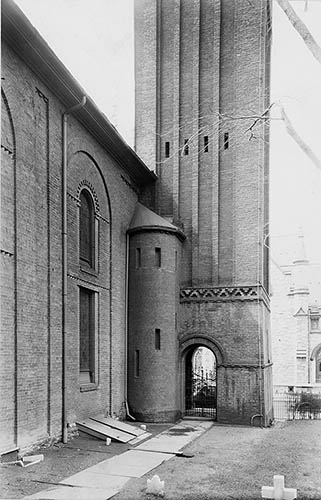 Saint James gets a tower

The wooden cupola which had served as a bell house since the consecration of the church in 1820 was declared unsafe and was pulled down. A brick tower was constructed. At the same time the west wall of the church was extended about 20 feet to Duke Street and the font moved to the west end according to the plans of Charles M. Burns. At this time the five apse windows were installed, designed by J.C. Spence of Montreal. Click image to enlarge.