About Early Music at Saint James

Early Music at Saint James was the vision of founder and Director Emerita Kathleen Spencer. Now, more than ten years after its inception, Early Music at Saint James is a sought-after venue in the world of historic performance practice. Each season, concerts of music composed before 1800 are presented in the acoustically rich sanctuary of Saint James Church. The performances of primarily Medieval, Renaissance, Baroque and Classical music are played on faithful reproductions of period instruments. The series offers a venue for small and/or emerging ensembles as well as established artists, presenting a rich repertoire of music not generally available to the Lancaster community.

Tickets available online and at the door.

Early Music is a self sustaining concert series that relies on ticket sales, tax-exempt gifts, grants and sponsorships. If you'd like to help support Early Music, click here and select Early Music from the drop-down menu. You may also include a note in the optional memo field.

Saint James is a mask-optional campus for congregations and audiences.  We have installed an advanced air filtration system and all our staff are fully vaccinated. We invite those uncomfortable attending in person to use our streaming option for attending concerts.

All concerts are being recorded and will be available to ticket holders after the concert. 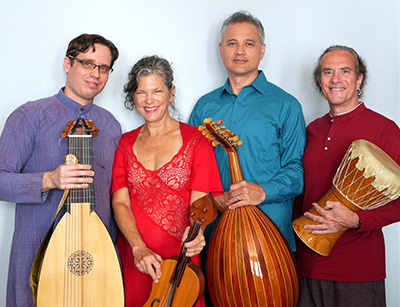 Dancing Over the Caucasus to the Sea - A fabulous journey through early music from Persia to Armenia, Cyprus, Greece, North Africa, Italy and Iberia. 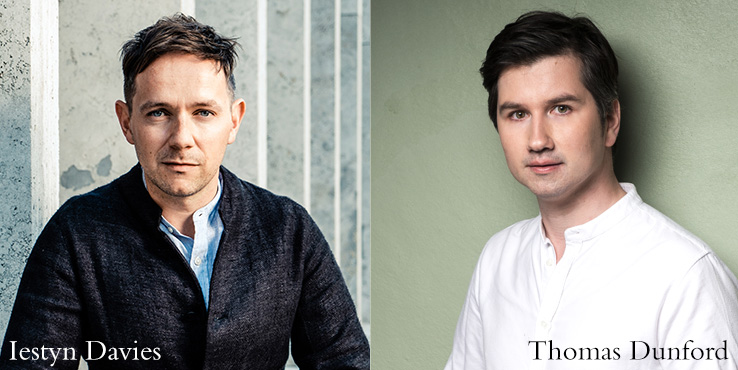 Son of the more famous John Dowland, Robert (c.1591-1641), an equally renowned lutenist, published in 1610 A Musicall Banquet furnished with varietie of delicious ayres, collected out of the best authors in English, French, Spanish and Italian – a treasure of its period realized by two of today’s leading exponents of the lute song. 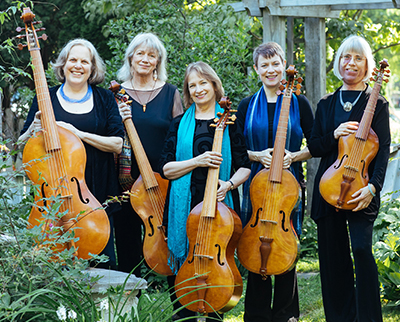 In the 16th century, as trade routes opened across the European continent and pushed over mountains and across oceans into Asia and the Americas, the printing press helped to accelerate the dissemination of music. Singers and players traveled with their patrons, taking their native music to distant lands.

Nota Bene explores these journeys with a range of musical voyages: across the Continent, across the Channel, across the Alps, and further afield, including music that traveled from Portugal to Japanese missions, from France to indigenous villages in Guatemala, from Spain to the great churches of Mexico, and from England to the colonial settlements of North America. Nota Bene performs on a matched set of viols that closely replicate Italian instruments of the 1580's, with a rich and mellow sound full of detail and sonority.

The Food of Love: Songs, Dances and Fancies for Shakespeare

The Baltimore Consort, the "rambunctious sextet" (Washington Post), known for their lively renditions of Renaissance tunes, presents music of the Elizabethan era with songs and consort music from the Shakespeare plays. Ethereal soprano Danielle Svonavec performs some of the greatest hits from the Bard's songbook including It Was a Lover and his Lass, Where the Bee Sucks and Full Fathom Five along with the BC instrumentalists playing sparkling arrangements of dances with their "exquisite consort" of instruments—lute, cittern, viols and flute.

With its aria and thirty variations, Bach’s unparalleled masterpiece of counterpoint is an icon of Western music here performed by an internationally acclaimed harpsichordist.

Resonances: The Art of the Violas d’Amore and Gamba

German chamber works by Buxtehude, Telemann, Bach, Abel, and the rarely heard Galanteries by Götz and Fuchs, showcase the rich resonances of the baroque string and recorder families.

Ayres in All the Colors