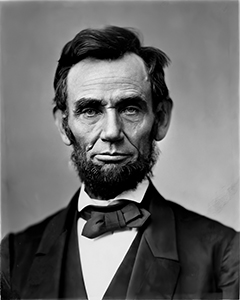 The assassination of Abraham Lincoln was noted in the minutes of the vestry. He was described as a man “who in his honesty of purpose, his devotion to principle, his patriotism and love of his whole county was second to none who have been called by the people to the Presidential chair.”