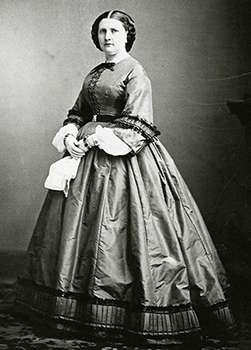 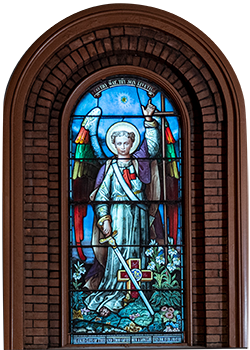 two windows as a memorial to her eldest son

In 1882 two stained glass windows, one depicting Christ in the temple teaching learned men and the other of the Archangel Michael were erected by Harriet Lane Johnston in memory of her son, James Buchanan Johnston, who died when 14 years old. Harriet was a Saint James parishioner and niece of President Buchanan as well as a major benefactor of the National Episcopal Church.