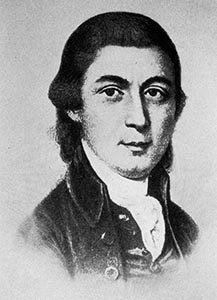 Joseph Clarkson was the third son of the distinguished physician Dr. Gerardus Clarkson of Philadelphia. He was the first candidate to be ordained by Bishop William White—at his first ordination in America—in Christ Church, Philadelphia.

Joseph Clarkson served as Saint James rector 1799-1830 until his death in 1830. In addition to his parish duties, he was a founder of the Lancaster Bible Society and the first secretary of the House of Bishops of the Episcopal Church. Under his leadership the original stone church was demolished and a new brick building constructed in 1820.