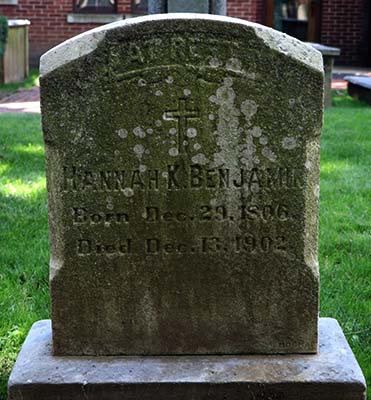 Hannah K. Benjamin was born on Saint Thomas in the West Indies and a convert to Christianity from Judaism. She was recruited by Bowman to manage the parish school but after a year she took over the running of the Orphan Asylum until 1878. She also found time to work for the founding of Saint John’s Free Episcopal Church. Her mission Sunday school in the old American Fire Engine House later inspired the founding of Saint James Chapel in south east Lancaster. She is buried in the churchyard.