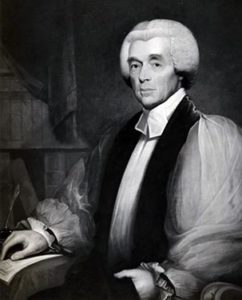 Charles Inglis travels to England to be ordained

Formerly a teacher at the Free School for German children in Lancaster, he was recommended for holy orders by the rector of Saint James, Rev. George Craig. He traveled to England to be ordained as before the revolution there were no American bishops. On his return, he served in Delaware and as rector of Trinity Church, Wall Street, New York. He was a vociferous opponent of American independence from Great Britain. He later became the Bishop of Nova Scotia in Canada, the first colonial bishop in the British Empire.